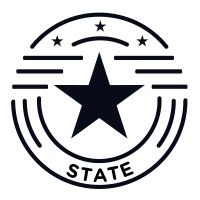 The Electric Power Supply Association (EPSA) appreciates this opportunity to comment on House Bill 6 (HB 6). EPSA is the national trade association representing leading independent power producers and marketers participating in restructured markets across the United States. EPSA members provide reliable and competitively priced electricity from environmentally responsible facilities using a diverse mix of fuels and technologies, including natural gas, nuclear, coal and renewables. EPSA member company power generation assets are primarily located in the regions of the country with Independent System Operators and Regional Transmission Organizations because that approach provides better market access and investment signals. These companies have invested billions of dollars at their risk without ratepayer subsidies to achieve the goals Congress set out in the Energy Policy Act of 1992 to bring market forces to bear on the power sector. EPSA seeks to bring the benefits of competition to all power customers.

Independent power producers provide reliable and competitively priced electricity from environmentally responsible facilities using a diverse mix of fuels and technologies, including owning, operating and developing major assets in Ohio and the PJM Interconnection. These power producers have invested billions of dollars in Ohio and the PJM region at their own risk, not on the backs of consumers, in response to, and in reliance on, the voluntary decisions of Ohio and other PJM states to depend on market forces to deliver safe, reliable electricity at the lowest cost to consumers, not cost-ofservice regulation. These investments were made based on the mandates of the Federal Power Act that wholesale power rates be just and reasonable and not unduly discriminatory or preferential. Competitive markets integrated a diverse set of new resources, and they have done so at historically low wholesale prices. In fact, between 2008 and 2017, wholesale electricity prices in PJM fell by more than 40 percent. Along with low prices, competitive markets provided the added bonus of ushering in lower emissions, with decreases expected again in both 2019 and 2020.

Limiting competition is always bad for consumers, but especially so given the dramatic changes underway in Ohio, across PJM, and throughout the country in how and by whom electricity is produced, consumed and managed. In Ohio, as the generation mix has evolved, utility ownership of power production has been separated from monopoly transmission and distribution services. Independent generation resource owners and developers have every incentive to deliver the lowest cost power safely and reliably to customers in Ohio and across the PJM grid. In doing so, generation resources have been updated, performance improved, and units have been retired when that is signaled by the economics. Based on these competitive forces, PJM wholesale energy prices are at historic lows while customers receive ever more reliable, low cost power. At the same time emissions in Ohio have fallen to levels at or below those in 2005. These twin outcomes are good for Ohio and have been delivered by market forces. To now consider locking in payment via a non-bypassable charge of hundreds of millions of dollars per year —as proposed in HB 6— for a subset resources would harm competition, stifle innovation, and rob Ohio businesses and consumers of future gains that markets regularly deliver.

Few could have accurately predicted the dramatic technological improvements of the past decade that led to the shale gas expansion in Ohio, or the equally impressive improvements in energy efficiency, demand-side management, distributed resources, and conventional generation. Few today can be sure what will happen over the next decade. New technologies are constantly being developed and scaled; well-functioning competitive markets are much better at accommodating their entry into the resource mix than other approaches. Ohio should continue to support the development and integration of innovate technologies as the grid and the resources supplying power evolve at an increasingly rapid pace.

Out of Market Bailouts Harm Competition

The North American power grid, including the PJM region, is comprised of hundreds of power plants deploying a range of technologies and fuels with various operating characteristics. No region has separate power grids for nuclear, renewables, natural gas or any other fuel; all regions are interconnected and operate in an integrated, synchronous state. Further, no state supplies its own power exclusively or is disconnected from others; the gird is an interconnected system not defined or separated by arbitrary state lines. It is also not the case that a state “imports” power or “exports” power as many of the resources delivering power to Ohio are located in West Virginia though they may be or were owned by Ohio-based utilities.

Efforts to selectively grant some resources preferential treatment create highly adverse long-term consequences at a time of dynamic changes in how electricity is generated, sold, and used. Preferential out-of-market pricing for some generating plants can undermine just and reasonable revenues for other power plants which are equally relevant to reliability.

Thus, proposals such as HB 6 which selectively grant some resources preferential treatment without regard for the impact of doing so on the rest of the power grid risk highly adverse and likely irreversible consequences for the state and region. Those non-subsidized resources which will be harmed economically if HB 6 is passed all offer important and often critical services and capabilities to the grid. And worse, consumers in the affected service territory will undoubtedly pay more for the subsidized nuclear power than would otherwise be the case—a fact to which PJM independently testified to before this very body earlier this month. It is worth noting that PJM’s determination that rates will increase comes before factoring in any subsidy payments. Once the subsidies are applied, Ohio ratepayers will bear an even greater cost while handicapping the complex power delivery system in place. This is a one-two punch that hard-working Ohioans, Ohio manufacturers, and Ohio businesses can little afford.

FES Has Not Demonstrated he Need for a Bailout

While EPSA has been steadfast in opposing bailouts at both the state and federal levels and has testified about the harmful effects of subsidies on multiple occasions, in the instant matter, First Energy Solutions (FES) has not demonstrated that a bailout of any kind is necessary, as Dr. Paul Sotkiewicz of E-Cubed Policy Associates, LLC testified to this committee earlier this month. Dr. Sotkiewicz detailed the findings of his recent report, which found that “Ohio nuclear resources are profitable on an operating basis and have no incentives to retire for the foreseeable future, therefore there is no need for additional out-of-market financial support.”

While any bailout would be harmful to Ohio businesses and consumers, at the very least, FES must demonstrate that a bailout is in fact needed. Anything short of a fully independent and transparent analysis of the plants’ financial position may not only shift risk onto Ohioans but also needlessly transfers their wealth to entities that do not need it.

Ohio chose to rely on competitive electricity markets and based on that decision the state and all of its utility ratepayers have reaped the economic and environmental benefits of doing so. To preserve these benefits, EPSA strongly urges you not to favorably consider HB 6. This bill creates a discriminatory scheme that shifts the many risks associated with developing and operating power plants from private investors back to captive businesses and consumers, not only for the resources receiving subsidies, but eventually for the rest of the resources serving the state and region as subsidies erode wholesale markets. Rather than succumb to pressure to reverse course and revert to a quasi- or outright re-regulation scheme, Ohio policymakers should reject policies that jeopardize the consumer benefits of competitive forces and explicitly endorse the virtues of market forces to achieve the best outcomes.